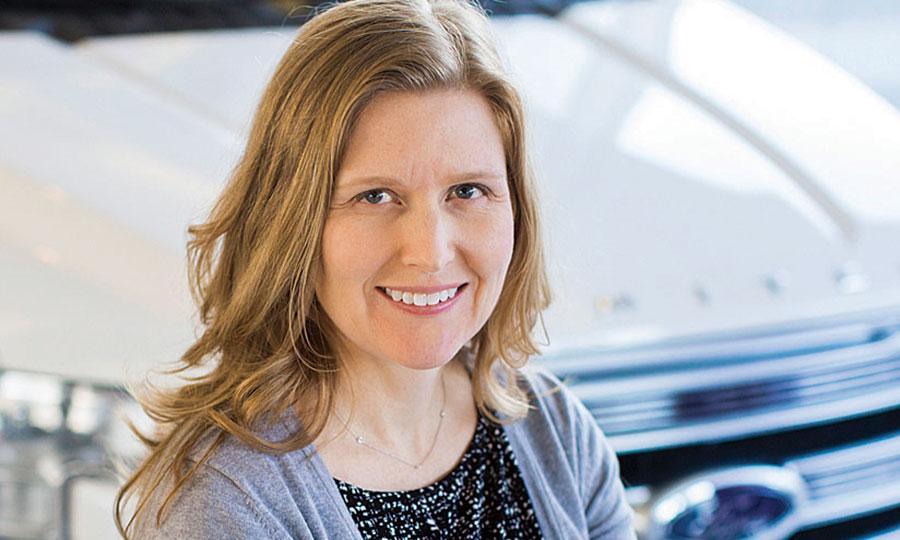 For 20 years, Jackie DiMarco has shaped some of Ford Motor Co.’s most iconic vehicles. Now, the 44-year-old is helping shape the company’s future.

After stints as chief engineer of the Ford F-150 and Expedition and program manager for the 2010 Mustang, DiMarco now serves as the chief engineer of Ford’s autonomous vehicles. She’s tasked with navigating the complex web of regulatory challenges, software integration and vehicle design to help bring to market a fully driverless car– without a steering wheel or pedals– by 2021.

She says it’s more exciting– and challenging– than any other project she’s ever worked on.

“There’s no template,” she told Automotive News. “Some of the things we’re dealing with, we’ve never solved these problems before. Nobody has.”

DiMarco manages a team of hundreds of engineers and works with a host of nontraditional partners, such as scientists, who are working on sensors that will allow the vehicle to “see” the road ahead.

“In one sense you’re learning a whole new language,” she said. “It’s a different challenge.”

In her previous roles, design was a huge part of the job. Truck customers are particular about their vehicle’s features, and angry Mustang fans would complain at the slightest alteration to Ford’s venerable pony car.

That’s not the case with the autonomous vehicle. Ford has yet to even announce if it will be a car, SUV or van.

“The excitement’s not about what the wheels are going to look like or the headlamps,” she said. “It’s about how it’s going to impact people’s lives.”

The native of Youngstown, Ohio, earned a mechanical engineering degree at The Ohio State University before coming to Ford in the mid-1990s.

After working nearly eight years in powertrain, she got the chance to work on the Mustang, developing the 2010 redesign as well as a number of other special editions. From there, she worked on the F-150, Expedition and Transit Connect.

“It’s almost been surreal,” she said. “I’ve gotten to work on such critical and emotionally cool projects. I kind of look back and say, ‘How was that me?'”