Here is a little teaser for our upcoming Indonesian food event!

The Indonesian rijsttafel, a Dutch word that literally translates to “rice table”, is an elaborate meal adapted by the Dutch following the hidang presentation of nasi Padang from the Padang region of West Sumatra. It consists of many  side dishes served in small portions, accompanied by rice prepared in several different ways. Popular side dishes include egg rolls, sambals, satay, fish, fruit, vegetables, pickles, and nuts. In most areas where it is served, such as the Netherlands, and other areas of heavy Dutch influence (such as parts of the West Indies), it is known under its Dutch name.

Although the dishes served are undoubtedly Indonesian, the rijsttafel’s origins were colonial. During their colonial domination in Indonesia, the Dutch introduced the rice table not only so they could enjoy a wide array of dishes at a single setting but also to impress visitors with the exotic abundance of their colony.[2]

Rijsttafels strive to feature an array of not only flavors and colors and degrees of spiciness but also textures, an aspect that is not commonly discussed in Western food. Such textures may include crispy, chewy, slippery, soft, hard, velvety, gelatinous, and runny. 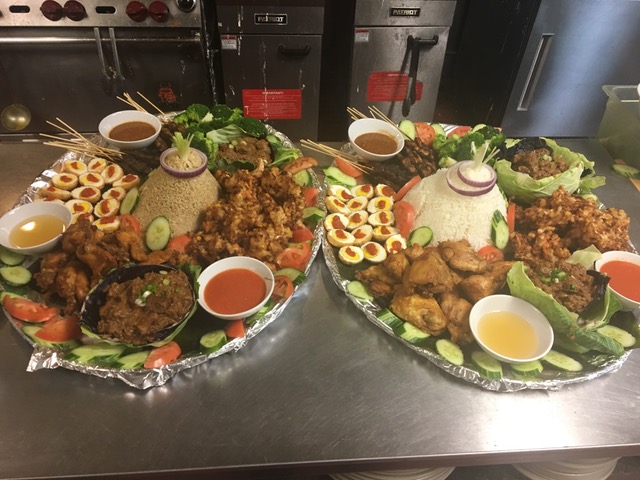 Formula Buckeyes is a volunteer student organization tasked with building a race car to compete nationally and internationally. The team operates out of the Center for Automotive Research…

The Ohio State Alumni Club of Detroit’s Annual Meeting will be on Saturday, June 11, 2022, at Bert's in Detroit’s Eastern Market. The event will…

Formula Buckeyes is a volunteer student organization tasked with building a race car to compete nationally and internationally. The team operates out of the Center for Automotive Research…